The March Monthly meeting is on March 8th from 4:00-5:00 PM ET. Our tech talk will be be  presented by Alan Willett and Julia Mullaney. 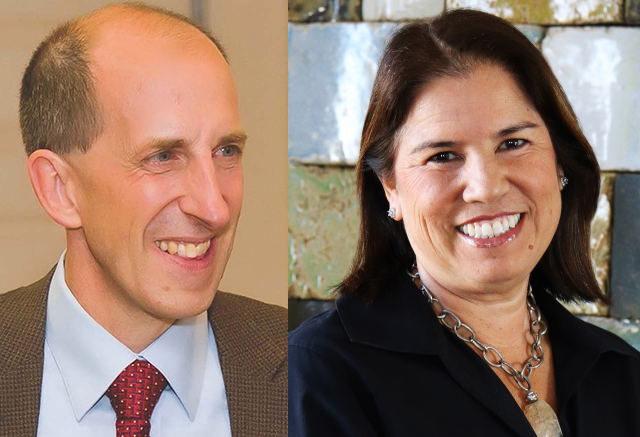 SEA Members: the meeting URL is in your calendar invitation, so you do not need to register on EventBrite.

Are you feeling weighed down by technical debt? Are you tired of constantly putting out fires and struggling to keep your systems running smoothly? It’s time to reclaim the joy in engineering! In this talk, we will explore the five key strategies for crushing technical debt and bringing back the enjoyment to your work. We’ll also delve into the seven types of technical debt, including gordian knots, trap doors, barnacle ware, and more, and show you how to identify and tackle each one. Join us and learn how to eliminate technical debt and rediscover the satisfaction of building high-quality systems.

Alan Willett is a globe-trotting Principal helping organizations to improve the speed and power of their engines of development. Alan is the award-winning author of Lead with Speed and Leading the Unleadable.

When Alan started working in the high-tech world of high-pressure product development, he found that most of the projects used data much less than they did on the farm. On his projects, he put into place the use of data and logical decision-making. His travels eventually took him to work at the world-renowned Software Engineering Institute, the think tank of the world on high-tech development work. There, he was able to work with many of the geniuses that have pushed the state of the art. He worked with and was good friends with the late Watts Humphrey.

Julia Mullaney has been involved with software excellence since starting her career at IBM in 1988. At IBM, she was instrumental in process improvement efforts, having a major role in defining and implementing defect prevention, for which she won the IBM Quality Award.

At the Software Engineering Institute (SEI), Julia was a key contributor to the Personal Software Process℠ (PSP℠) and Team Software Process℠ (TSP℠) through the development of training, certification, licensing, and applied research at leading software organizations. She was fortunate to take the first PSP class from her mentor, Watts Humphrey. Julia is currently the chair for the IEEE CS/SEI Watts Humphrey Quality Award and also sits on the IEEE CS Awards Committee.

Julia’s passion is software excellence, and she has been channeling that passion into growing the Software Excellence Alliance (SEA) as the SEA Executive Committee Leader and as a member of SEA Website & Social Media working group. She previously chaired the Working Group Training working group.

Implementing a Strategy for Excellence

The January 2023 tech talk was presented by Seemin SuleriAbstractIn our pursuit of excellence, we built a strategy that matched the ambition of a competitive e-commerce business. The problem was, where do we start the work: A struggling software department with high...

Accelerating Innovation by Transforming into a Digital Engineering Approach

The November 2022 tech talk was presented by Jeff Schwalb and Will WalkerAbstractIn the past, the Department of Defense has primarily used a document-based approach for all cradle-to-grave systems development. This approach to systems engineering produces tons of...

The October 2022 tech talk was presented by Robert SeacordAbstractSecure coding (unsurprisingly) is hard. Our educational systems have failed to properly prepare students, and our assessments have overestimated their abilities. Analysis and testing is useful but...

Abstract: This half-day course covers all aspects of the Team Process Integration (TPI) framework. The TPI methodology integrates disciplined project practices that can be applied by many product teams (e.g., software, systems, and test). It is a framework that...

How to Increase Team Performance : A Tale of Two Teams

The June 2022 tech talk was presented by Seemin SuleriAbstract:This is a story of two software teams: one in a large blue-chip corporate environment and another in a small company. This is a tale of how people came together to face challenges and show incredible...

Rules and Submissions for the Watts Humphrey Process Achievement Award

The August 2022 tech talk was presented by Isabel Margarido.AbstractWatts Humphrey was a practitioner and advocate of Software Engineering good practices, also known as the “Father of Software Quality”. His work “laid ground for” CMM, CMMI and he proved the entire...

The May 2022 tech talk was presented by Diana Elliott, Girish Seshagiri, and Nikunja SwainAbout the SessionCurrently, in the U.S. over one million software developer positions and 600,000 cybersecurity occupations are unfilled due to the lack of available skilled job...

Abstract: We’ve all worked on teams where it is impossible to find the latest files, emails get lost, people get left off (or on!) meeting notices and email chains, and worse. Things get even more chaotic when team members are all volunteers and everything is virtual....