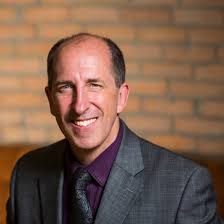 The April 2020 tech talk was presented by Alan Willett

One of the most important questions a leader can ask themselves is: “How do I get my teams, my organization to move faster?”

That is the challenge that all leaders face. This challenge grows more intense every day.  This problem of speed is often disguised by other symptoms, such as “my projects cannot make an accurate prediction of when they will be done” or the stated need of “my teams need to take more risks.” The real need is not reckless risk-taking that will lead to even more problems and finishing even later. The real need is for speed.

An organization can only move as quickly as its leaders.

Alan will provide insights from his new book Lead With Speed along with lessons he has learned since publication.

Innovation, or genius, is 1 percent inspiration and 99 percent perspiration.

This presentation will show you how to get from idea to glorious delivery faster. In other words, how to sweat faster.

Alan Willett is a globe-trotting solo consultant helping organizations improve the speed and power of their engines of development. Alan is the award-winning author of Lead with Speed and Leading the Unleadable.

When Alan started working in the high-tech world of high-pressure product development, he found that most of the projects used data much less than they did on the farm. On his projects, he put into place the use of data and logical decision-making.His travels eventually took him to work at the world-renowned Software Engineering Institute, the think tank of the world on high-tech development work. There, he was able to work with many of the geniuses that have pushed the state of the art. He worked with and was good friends with the late Watts Humphrey.

Accelerating Innovation by Transforming into a Digital Engineering Approach

The November 2022 tech talk was presented by Jeff Schwalb and Will WalkerAbstractIn the past, the Department of Defense has primarily used a document-based approach for all cradle-to-grave systems development. This approach to systems engineering produces tons of...

The October 2022 tech talk was presented by Robert SeacordAbstractSecure coding (unsurprisingly) is hard. Our educational systems have failed to properly prepare students, and our assessments have overestimated their abilities. Analysis and testing is useful but...

Abstract: This half-day course covers all aspects of the Team Process Integration (TPI) framework. The TPI methodology integrates disciplined project practices that can be applied by many product teams (e.g., software, systems, and test). It is a framework that...

How to Increase Team Performance : A Tale of Two Teams

The June 2022 tech talk was presented by Seemin SuleriAbstract:This is a story of two software teams: one in a large blue-chip corporate environment and another in a small company. This is a tale of how people came together to face challenges and show incredible...

Rules and Submissions for the Watts Humphrey Process Achievement Award

The August 2022 tech talk was presented by Isabel Margarido.AbstractWatts Humphrey was a practitioner and advocate of Software Engineering good practices, also known as the “Father of Software Quality”. His work “laid ground for” CMM, CMMI and he proved the entire...

The May 2022 tech talk was presented by Diana Elliott, Girish Seshagiri, and Nikunja SwainAbout the SessionCurrently, in the U.S. over one million software developer positions and 600,000 cybersecurity occupations are unfilled due to the lack of available skilled job...

To receive your SEA Memeber discount, select "SEA Member Discount" in the enrollment type dropdown menu.Workshop Objectives Participants graduate with a deep understanding of quality management for high-tech systems development and an action plan to successfully...

Abstract: We’ve all worked on teams where it is impossible to find the latest files, emails get lost, people get left off (or on!) meeting notices and email chains, and worse. Things get even more chaotic when team members are all volunteers and everything is virtual....