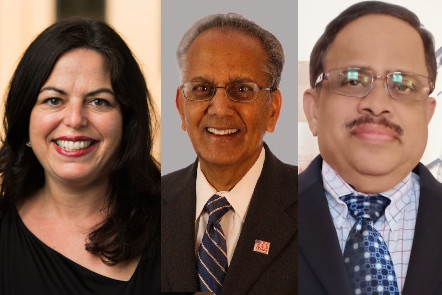 The May 2022 tech talk was presented by Diana Elliott, Girish Seshagiri, and Nikunja Swain

Currently, in the U.S. over one million software developer positions and 600,000 cybersecurity occupations are unfilled due to the lack of available skilled job seekers. At the same time, the percentage of women, minorities and veterans in technology professions continues to be low. In this panel discussion, we describe how a consortium of South Carolina Historically Black Colleges and Universities (HBCUs) is partnering with SC employers to design and launch IT and cybersecurity degree apprenticeship cohorts in fall 2022. The panelists will provide a status update of the exemplar government/industry/academic collaboration which will result in career pathways to technology jobs for cyber security and computer science graduates of HBCUs. The panelists will discuss the requirements of DOL Registered Apprenticeship Program which is a high-quality vocational training model with standard work process including 2,000 hours of on-the-job training and 61 academic credit hours. The panelists will present how the HBCU consortium colleges mapped cybersecurity and computer science degree curricula to National Initiative Cybersecurity Education (NICE) Framework competencies for developing software which is secure from cyber-attacks.

Diana Elliott is a senior fellow in the Center on Labor, Human Services, and Population at the Urban Institute. Her work focuses on families’ financial security and economic mobility and the programs and policies that support them, including apprenticeships. Elliott is the director of several apprenticeship projects at Urban, including the Apprenticeship Expansion and Modernization Fund, which launched over 1500 apprentices into tech occupations. Prior to Urban, Elliott was a research manager at the Pew Charitable Trusts and a family demographer at the US Census Bureau. Elliott holds a PhD in sociology from the University of Maryland, College Park.

Girish Seshagiri Founder/CEO of Nonprofit Apprenticeship Implementation Solutions, Inc is an early adopter of the apprenticeship dual model. Under his leadership, the Community Initiative Center of Excellence for Secure Software (CICESS) was launched in Peoria, Illinois in 2015. CICESS received the 2018 Innovation in Cybersecurity Education Award given by the National Cyberwatch Center. Girish is currently focused on government/industry/academic collaboration partnering with Historically Black Colleges and Universities to design and launch IT and Cybersecurity degree apprenticeship cohorts. Girish is the immediate past co-chair of the NICE Apprenticeship Working Group. Girish has an MBA from Michigan State University.

Nikunja Swain is a professor, department chair, and executive director of center of excellence in cybersecurity at South Carolina State University. Dr. Swain has over 35 years of college level teaching experience and he is a registered professional engineer in South Carolina. Dr. Swain has over 70 conference/journal publications, and number of grants from NSF, DOE, USDA/NIFA, DOD, and others. Dr. Swain is a life senior member of IEEE, a professional member of ACM, a member of SIGITE, and ASEE. 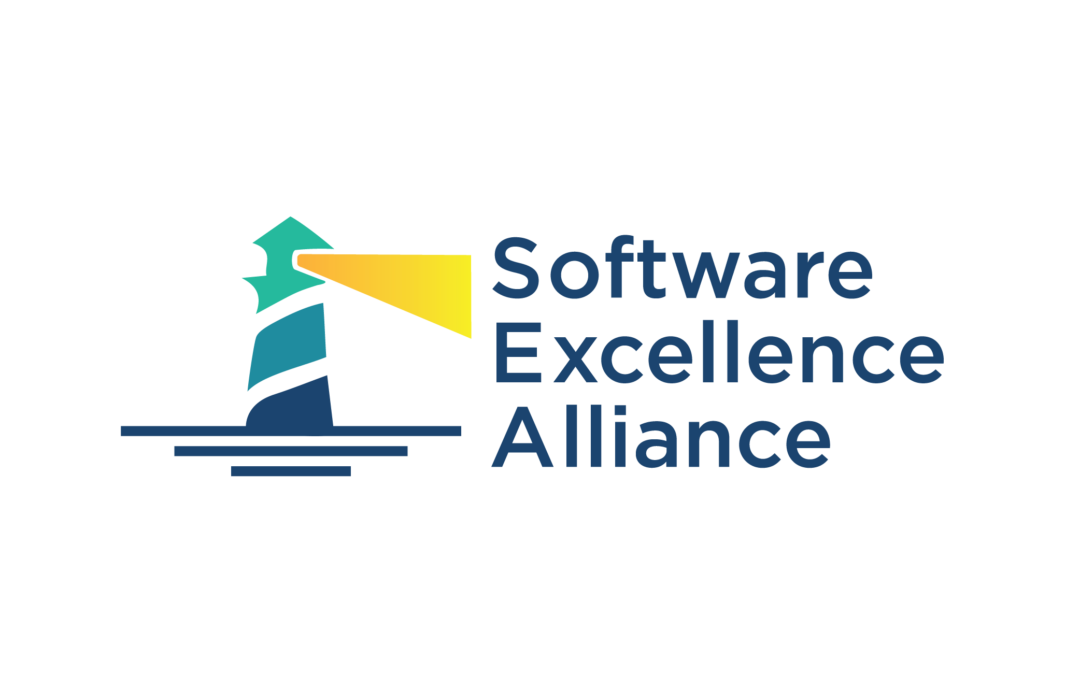 Software Excellence Alliance professionals from around the world met to celebrate our accomplishments from 2021 and to set the Alliance’s 2022 direction for changing the world of software engineering. 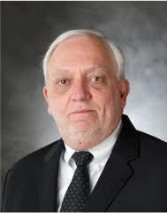 Jim Over delivered the keynote presentation, sharing his personal views on quality as they relate to the challenges we face.

This is your opportunity to collaborate with Software Excellence Alliance professionals from around the world as we celebrate our accomplishments from 2021 and set our Alliance’s 2022 direction for improving the world of software development. SEA members: the meeting URL is in your calendar invitation, there’s no need to register through Eventbrite. 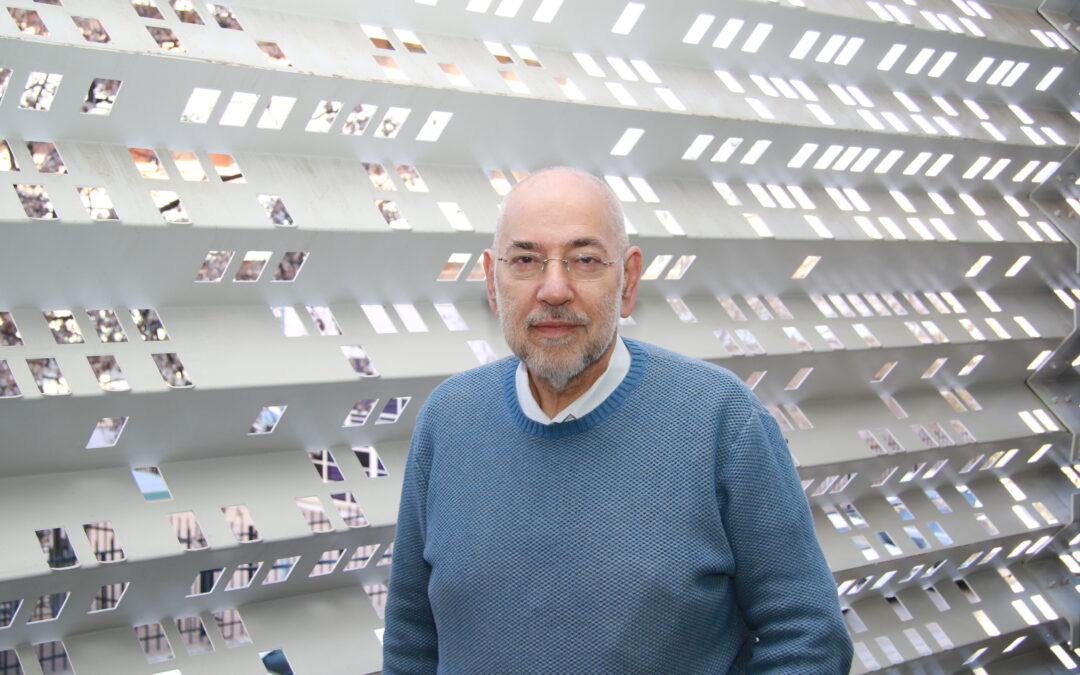 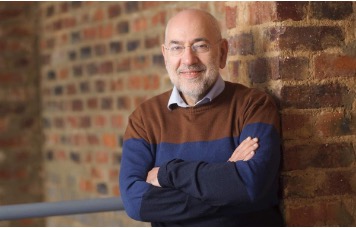 The March 2022 tech talk was presented by Dr. Barry Dwolatzky

Digital transformation has become an imperative for organisations in the 21st Century irrespective of size, sector, or geographic location. Studies have shown that a very high percentage of digital transformation journeys have failed to deliver the desired results. In order to mitigate some of the risks associated with digital transformation and its associated organisational changes, we have proposed a lifecycle model approach. We call the lifecycle the “Digital Transformation Spiral Model”, or DTSM. It is an iterative and incremental model with both a “design and development” cycle and a “governance” cycle. The focus is on continuous innovation via continuous improvement. The DTSM draws on a number of tools and frameworks including the Business Model Canvas (BMC), CMMI, and Kent Beck’s 3X model.

Barry’s undergraduate (BSc(Eng) ) and postgraduate degree (PhD) are in Electrical Engineering and are from Wits. In 1979, he left South Africa and worked in the UK as a postdoctoral researcher at the University of Manchester Institute of Science and Technology (UMIST), Imperial College, London, and at the GEC-Marconi Research Centre. Over this period, he worked on a number of large software research and development projects.

Barry returned to Wits from the UK as a senior lecturer in 1989. He became a full professor in 2000. In December 2017, he officially retired from Wits and was appointed a professor emeritus. His primary focus over the past 30 years has been the growth and development of the South African software engineering sector.

In 2005, Dwolatzky was the major driver in setting up the Joburg Centre for Software Engineering (JCSE) at Wits. The JCSE aims to grow skills, promote the adoption of best practices, and encourage innovation and entrepreneurship in South Africa’s digital economy. In 2007, he became Director and CEO of the JCSE.

In 2013, Dwolatzky spearheaded an initiative at Wits to establish a major digital innovation hub in the Braamfontein area of inner-city Johannesburg. Called the “Tshimologong Precinct,” the project has attracted significant support from government and a range of major local and international companies. IBM Research has established their 12th international laboratory in Braamfontein as an integral part of the precinct.

In recognition of his contribution to the South African IT industry, Barry Dwolatzky was named the “South African IT Personality of the Year” in 2013, and received an award for “Distinguished Service to IT” from the Institute of IT Professionals of South Africa (IITPSA) in 2016. Also in 2016, Wits University presented him with the “Vice Chancellor’s Award for Academic Citizenship.” 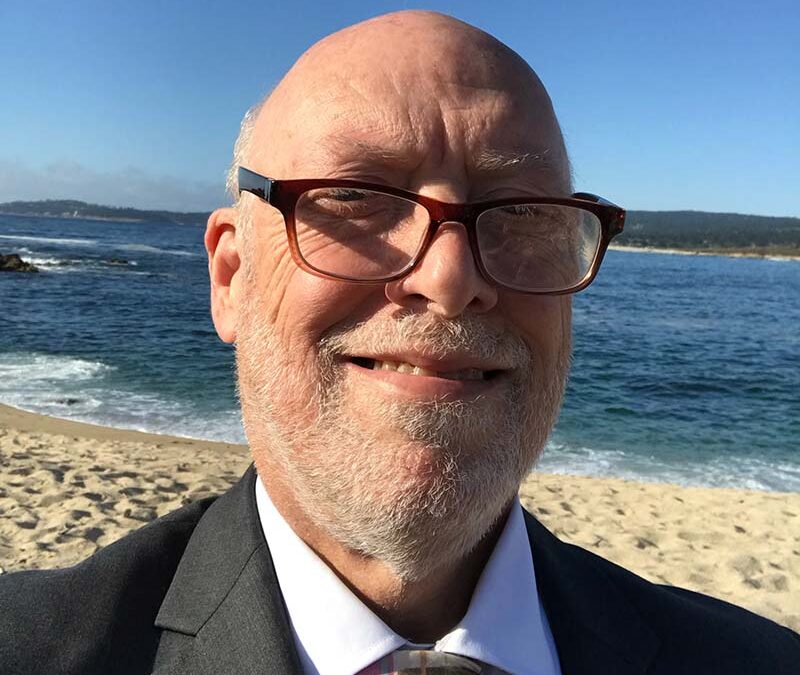 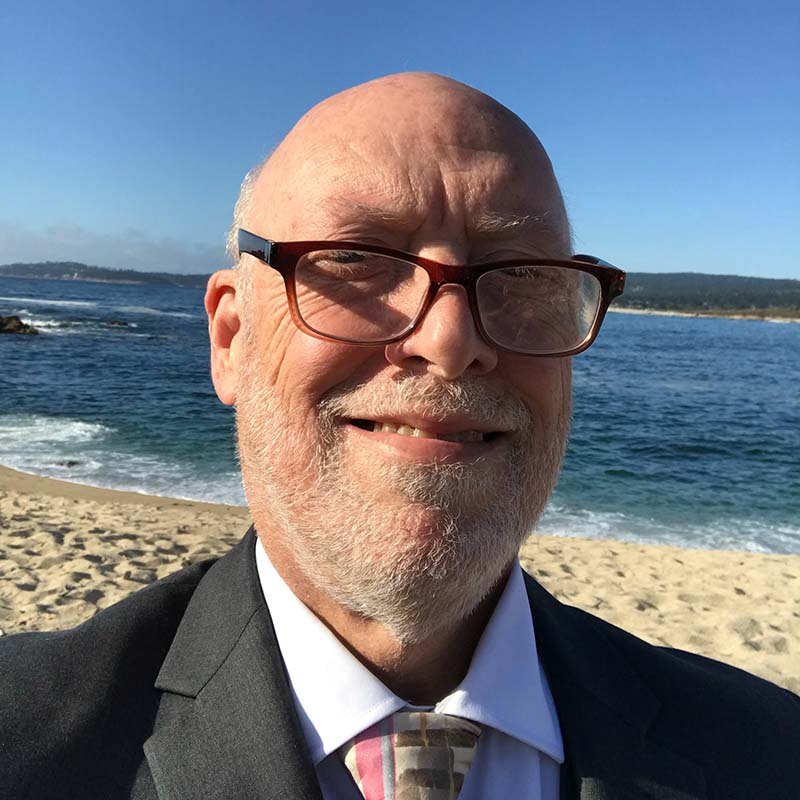 The February 2022 tech talk was presented by Jeff Schwalb

The Agile Manifesto’s four tenants and 12 principles describe what the Agile trade-offs mean to a working project. They contain no direction on how to carry out and achieve the stated goals. This comes from what we all know as methods; the step-by-step “how” to make the “what” happen. Many methods already existed at the time of the Agile Manifesto’s inception, and there were passionate conversations and debates on the best method to choose.

One of the most insightful analyses appeared in the 2004 book, “Balancing Agility and Discipline: A Guide for the Perplexed,” by Barry Boehm and Richard Turner. The seemingly opposite attributes of Agility and Discipline are, in reality, complementary values; the key to success is finding the right balance between the two.

This presentation will invite discussion and sharing of stories, data, and experiences using various methods to balance the Agile values and principles. The goal is to strengthen and accelerate our community’s desire to
Balance Agility with the Discipline needed to develop and deliver products Better, Faster, Cheaper!

Jeff Schwalb is a computer scientist and has been supporting Naval Air Systems Command (NAVAIR) since 1984. He has over 20 years of experience developing and acquiring real-time embedded software systems for avionics, weapons, and range instrumentation systems. He also began collaborating with the Software Engineering Institute (SEI), learning and applying CMM key practices, becoming a certified Personal Software Process℠ (PSP℠) instructor and then a certified Team Software Process℠ (TSP℠) coach. Over the last 25 years, he has taught and consulted with hundreds of scientists and engineers in various forms of personal engineering processes and has coached dozens of projects in the launch and operations of team project planning and tracking.

In 2017, Jeff connected with the SEI on the establishment of the organization we know today as the Software Excellence Alliance (SEA). Today, Jeff continues to work within the SEA to identify and establish pragmatic, value-added solutions to problems currently affecting the software community. He is currently serving as a member of the SEA Executive Team and as a supporting member of SEA working groups in areas such as Membership, Agile Community Networking, and Knowledge Transfer. 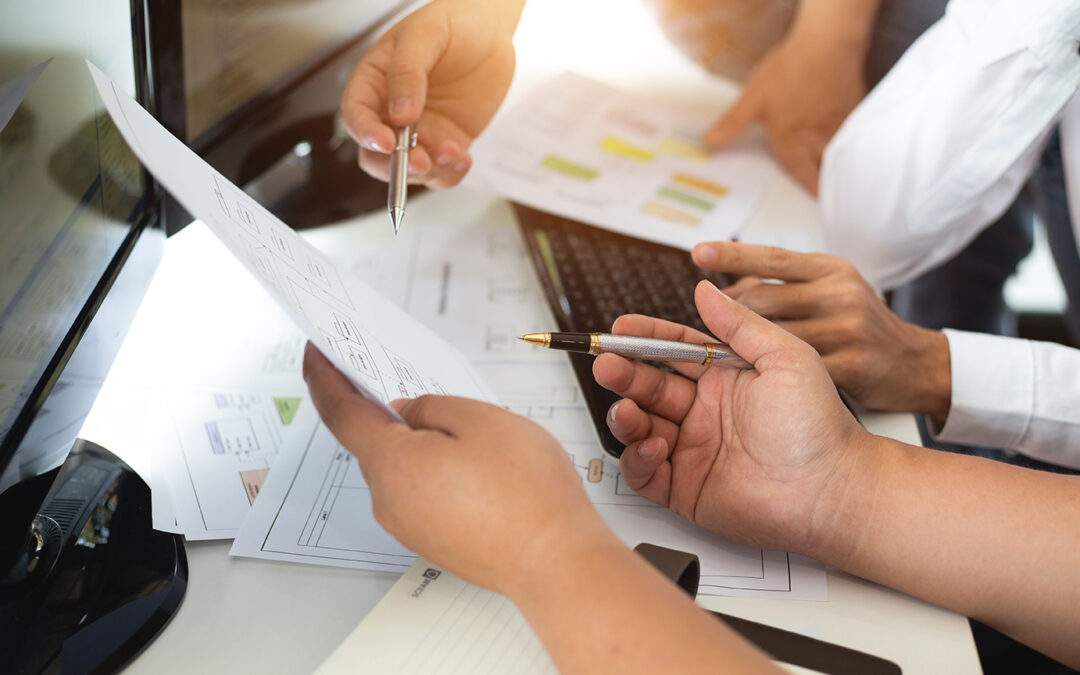 Participants graduate with a deep understanding of quality management for high-tech systems development and an action plan to successfully implement lessons in their organization for immediate impact. The workshop experience will:

Deep Dives are powerful learning experiences for those who strive to create world-class systems and high-performance engineering teams.

Typical attendees in this program are individual developers or leaders who need to more fully understand and gain mastery of quality. Participants should have the ability to be able to immediately apply what they to learn to their organization.

Graduates of this workshop have achieved great results in improving quality.
Examples include:

Our training is based on six design principles 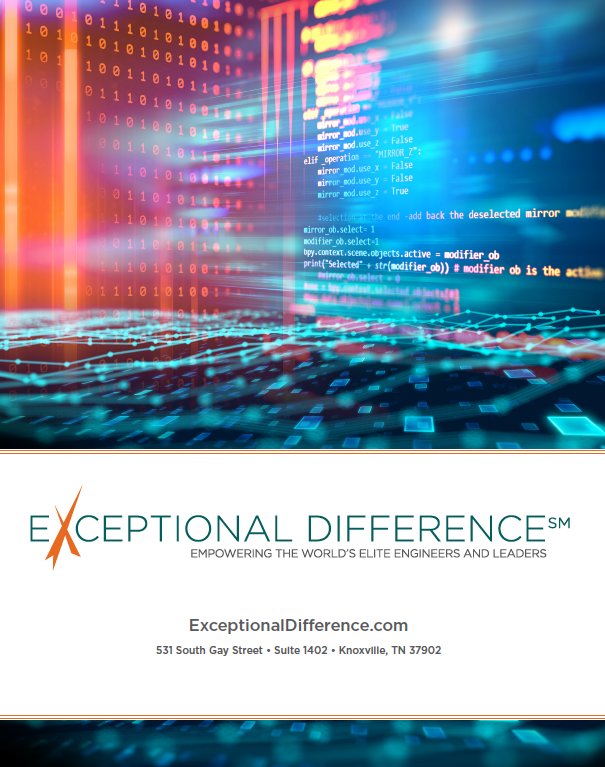 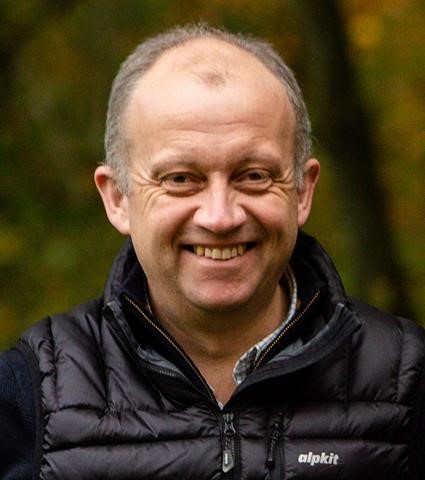 The January 2022 tech talk was presented by Robert Bentall

Technical debt is like adding useless ballast to a speeding jet. It just slows everything down. Yet, in most environments, technical debt reduction, infrastructure upgrades, and process improvement usually take second place to other, “more important” stuff. But without these enhancements, productivity will drop and projects will grind to a halt.

This talk will cover the most important lessons I have learned working on projects in a range of different industry sectors and organizations.

Robert Bentall is Principal Software Engineer at Martin-Baker Aircraft Company, where he leads the Software Team. Prior to this, he worked for Schlumberger Oilfield UK PLC as a software engineer.