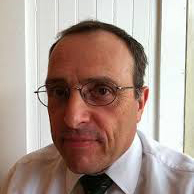 The July 2020 Tech Talk was presented by Dr. Philip Miller

With no more than a university course information form and list of the names of software projects from a previous course offering, the author, a Visiting Professor at LNMIIT, decided that TSP was his best chance at giving students a useful experience in teaming software development.  Students had no prior training in TSP℠, PSP℠, or software engineering.  There was no coordination with a concurrent software engineering theory course. There were 215 students. Prior work with 200 of the university’s students in an intermediate C programming course indicated serious gaps in knowledge and skill sets. The author was the only faculty member involved. There were no teaching assistants. This had all the ingredients necessary for an educational disaster.  Surprisingly the course was judged a great success by the students, the author, most of the faculty who paid attention to the course, and the University Director, a very high quality tenured professor of computer science on loan from BITS Pilani.

How can we account for such an unlikely outcome? Watts Humphrey was a genius. Students worked harder, with more cohesion and to greater effect than anyone expected. Support from the top was excellent. Requiring all 21 of the student software teams to adhere to TSP orthodoxy on open source projects of their own choosing were good ideas, really good ideas. Treating the students as young professionals was rewarded with them behaving exactly like that – young, sincere professionals. The course was a joy. Watts would have loved it even though the author broke rule after rule after rule. Data and details will be presented.

Dr. Philip Miller has been working on one, and only one thing since entering the field of computer science as special faculty in the Computer Science Department of Carnegie Mellon University in 1979. That thing is to extend the excitement, benefits and blessings of knowledge, skills and careers in computing to people who could use some help. In the 1980s pursuit of that objective led to leadership in creating Advanced Placement Computer Science for the College Board and leveraging money from Steve Jobs and the National Science Foundation into novice programming environments that dominated American university freshman programming courses for a half decade or so. In the 1990s the pursuit was manifest in iCarnegie, a CMU backed startup that used blended learning to bring high quality curriculum and superb instructor preparation and support to hundreds of thousands of learners around the globe at prices more than an order of magnitude lower than a CMU education.

Being a slow learner it was well into the 2000s before Dr. Miller figured out that even very well trained people weren’t going to get jobs so long as the software companies proudly spouted things like, “We only hire from the top 20 universities!” It was another year or two before he realized that “authentic examination”, certifying personal software skills in the context of working on real systems was the key to leveling the playing field while at the same time identifying qualified developers for a global industry that was chronically starved for human capital. The World Bank loved the idea. As Dr. Miller waited for the several years that it took Carnegie Mellon and the World Bank to work out the details that made it possible for the former to accept money from the latter, Dr. Miller became a TSP Coach. Breathtaking is the only way that Dr. Miller describes the success of TSP in his coaching experiences. The confluence of authentic examination and disciplined, empirically based software development has Dr. Miller on his current quest to remove the inefficiencies in both training and hiring.

The November 2020 tech talk was presented by Alan Willett and Emilia VanderwerfAbstract:Many SEA members have engaged for years in driving culture changes in their organizations. The culture change desired is for teams to deliver exceptional results. The results are...

The August 2020 Tech Talk was presented by Brad HodginsAbstract:This presentation describes a solution implemented by the Performance Resource Team (PRT) to help a customer manage $30M+ across 150+ projects and required project leads to attend only one 90-minute...

Results of Applying Methods for Software Excellence – The Long View

The June 2020 Tech Talk was presented by Stephen Shook Abstract:Today’s software industry could be characterized as one where software organizations come and go, technology workers change employers every few years, and corporate initiatives are transient. By contrast,...

A Framework for Software Development Excellence

The April 2020 tech talk was presented by Alan Willett Abstract:One of the most important questions a leader can ask themselves is: “How do I get my teams, my organization to move faster?” That is the challenge that all leaders face. This challenge grows more intense...

The March 2020 tech talk was presented by David TumaAbstract:The Process Dashboard is an open-source project management tool that supports high-maturity agile behaviors for planning, tracking, forecasting, and quality. It supports individuals and teams of diverse...

The February 2020 tech talk was a panel presentation by Darryl Davis, David Webb, and Scott PavettiAbstract:The goal of this talk is to better understand Agile teams’ strengths and problems so that we can better identify practices that can aid them the most. Darryl...